Ton Duc Thang University (TDTU) is a public university with the main campus located in vibrant Ho Chi Minh City, Vietnam’s economic and educational hub. Founded in 1997, TDTU has developed into one of the largest and fastest growing universities in Vietnam with more than 22,000 students, enrolled in undergraduate and graduate programs ranging from science, engineering to business management, law, and humanities. To foster the country’s human resources and best serve the nation in the knowledge based economy of the 21st century, TDTU is combining vocational training with high-level research. The establishment of JAEC is one of TDTU’s efforts in this direction. More

In order to submit your paper, please login and navigate to the author page.

If you do not have an account, please consider registering one.

Track accepted paper
Once your article has been accepted you will receive an email from Author Services. This email contains a link to check the status of your articles. 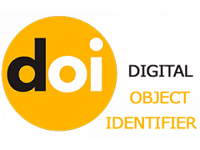 Ton Duc Thang University (TDTU) is a young and aspiring university in vibrant Ho Chi Minh City, Vietnam and was the first public university in the country to be awarded an international ranking of five stars by QS Stars.

Established in 1997, Ton Duc Thang University has steadily developed into one of the largest- and fastest-growing universities in Vietnam with over 25,000 students and 1.300 faculty members. Our international five-star learning environment encompasses five campuses in Ho Chi Minh City, Nha Trang City, Lam Dong Province and Ca Mau Province in the Mekong Delta region.

We currently have 17 faculties, 64 research groups, and 90 up-to-date undergraduate and graduate programs with a focus on high-quality research, training, and internationalization, as well as many interdisciplinary research opportunities.

In 2018, Ton Duc Thang went through many strict evaluations focused on an array of performance indicators, such as teaching quality, employability, internationalization, facilities, social responsibility, research, specialist criteria and inclusiveness, and was honored to be the first public university in Vietnam to be officially ranked 4 stars out of 5 under the QS Stars standard – one of the few university ranking systems that take a global approach. Among these measures, facilities and inclusiveness were awarded 5 stars.

On July 2nd, 2018 The High Council for Evaluation of Research and Higher Education (HCÉRES) recognized Ton Duc Thang University (TDTU) as compliant with French and European standards for universities. This accreditation has been granted for a 5-year term, from July 2018 to July 2023.

THE Impact Rankings 2021 ranked TDTU in the world’s 401-600 group in terms of influence on global sustainable development.

The university ranking system, US News & World Report Rankings 2022, ranked TDTU at 387 out of 1,750 ranked universities (from 90 countries).

The ranking organization UI GreenMetric World University Ranking (UI GreenMetric) ranks TDTU 122nd in the world out of 956 participating higher education institutions. TDTU has joined this ranking system since 2016 and continuously maintains a high ranking in the list of the most sustainable higher education institutions in the world, and is ranked the highest among universities. Vietnam participates in the ranking. The most recent results (2020), TDTU ranked 83rd out of 922 global universities in the rankings.

The world university ranking system THE World University Rankings 2022, TDTU is ranked in the Top 500 best universities in the world. This is the first year TDTU appeared in this ranking.

This work is licensed under a Creative Commons Attribution 4.0 International License.